Securing the main conduct of aqueduct of Romagna Acque 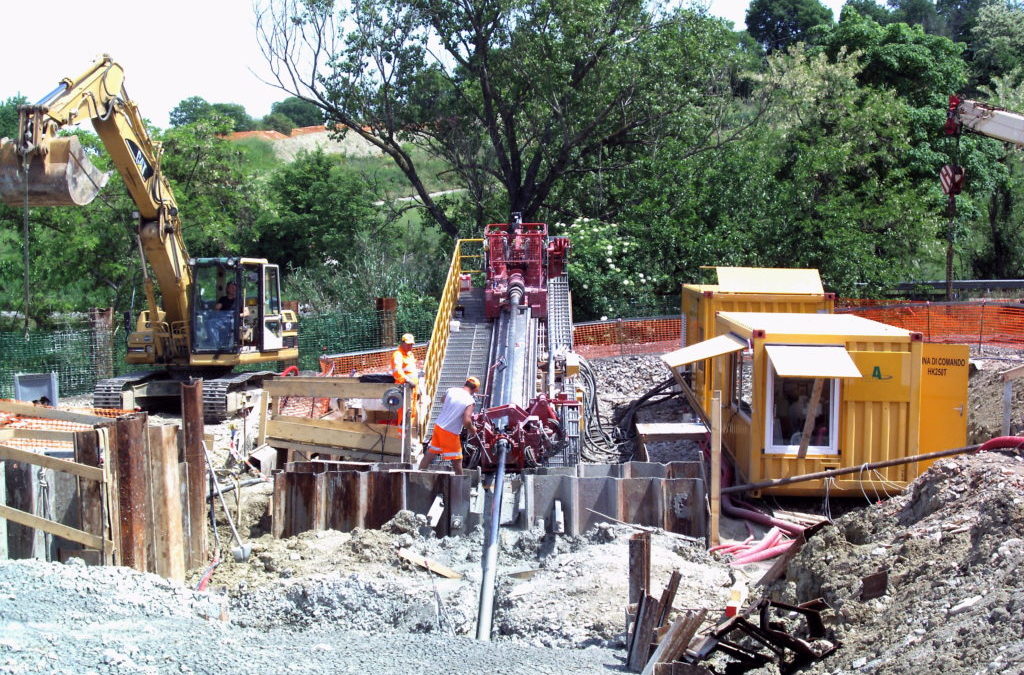 the company Anese was charged by Romagna Acque for securing the main conduct of the aqueduct of Romagna on Meldola-Monte Casale, between “La Coppina” and “Forbaiola”.

The final project consisted of a bypass tract with a steel pipeline of DN 1400 mm diameter and 1200 m length, of which about 800 m to lay with the technique of horizontal directional drilling.

the parts crossing the road instead were made with the technique of drilling called jacking to avoid damaging underground utilities or interference not reported.

Geological studies conducted have detected, for all the affected section, a soil composed of Pliocene clays of substrate from normal to over consolidated up to Marly, except for the stretch of entrance where they crossed land subject to old episodes of landslide and floods that have created a situation more heterogeneous, mainly gravel.

The main issues addressed were: 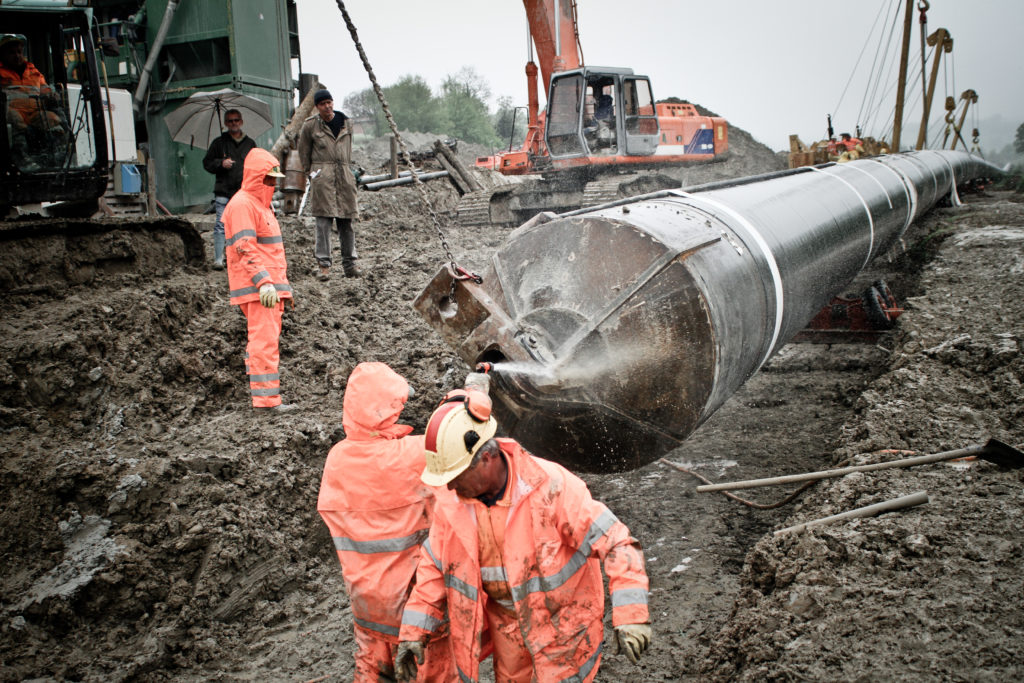 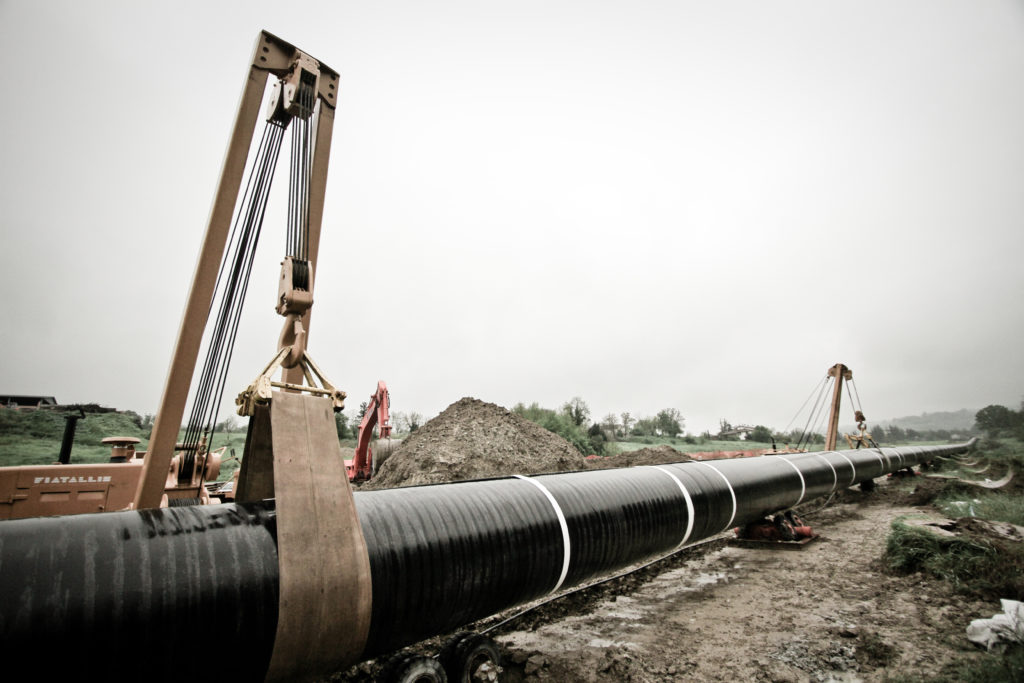 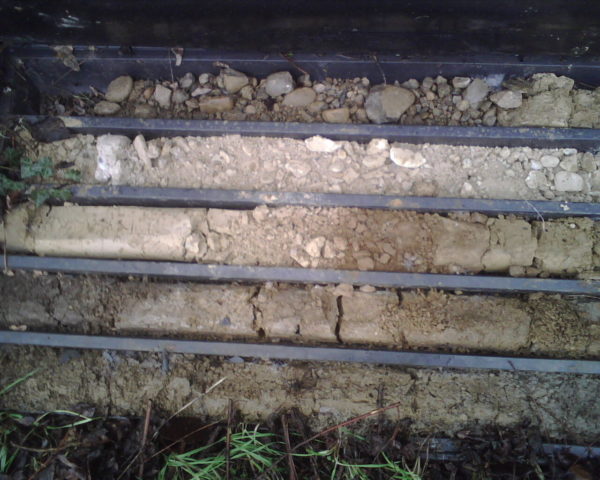 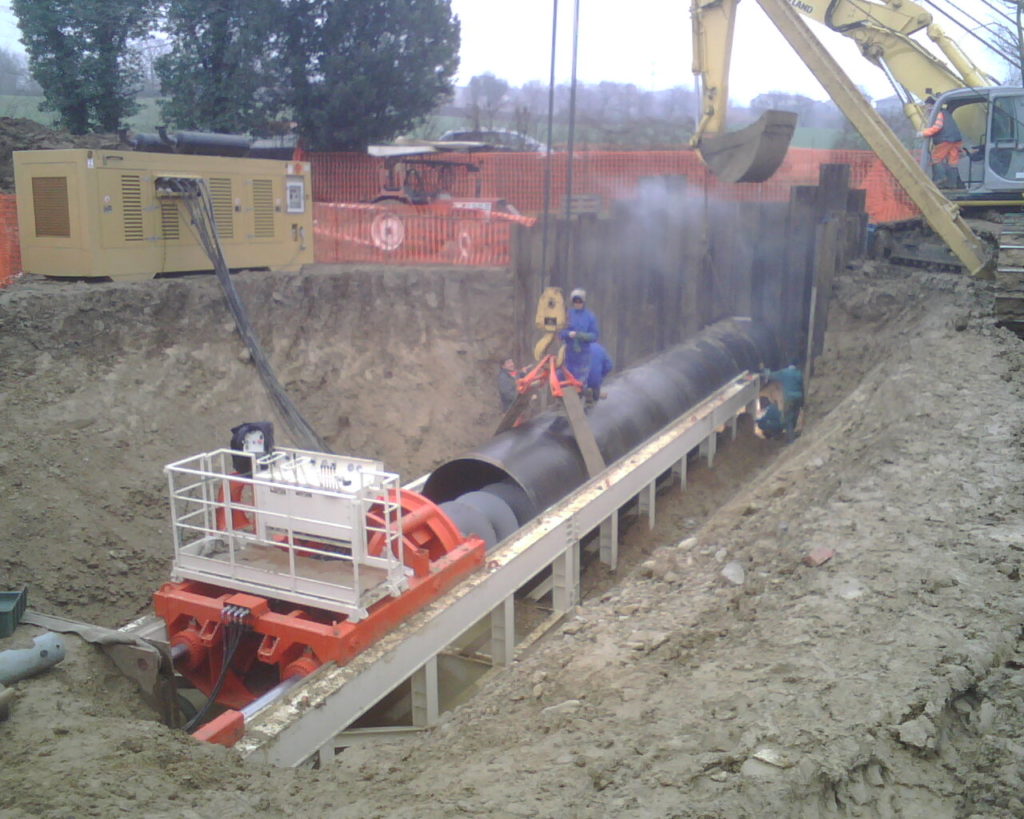 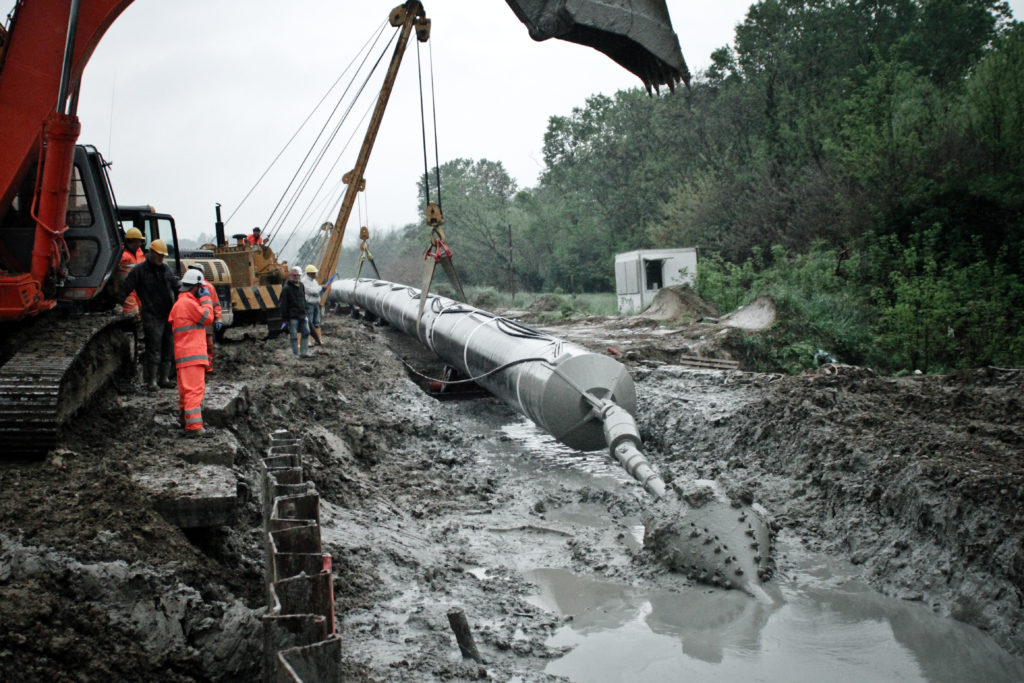 Given the size and length of pipe and sensitive geological conditions exist, we used two opposing RIGs to have more control over the movements, reduce the concentration of stress and have the ability to perform the larger diameter bores with a push/pull system integrating the transport capacity of the shot from the sludge with direct mechanical action.

In addition, the rock drills are equipped with continuous data recording and control systems in order to increase the structural integrity and avoid problems due to the action against the two drilling machines.

To reach the desired hole size, 70 inches high, given the diameter of the bore, reaming operations and cleaning steps were performed, until the guarantee of removing completely the excavated material was ensured.

After that, it was allowed to proceed with the subsequent steps.

In the process of launching, a key role has been played by the deployment and management of control performed with a constant water inlet in the pipeline so as to reduce friction with the wall of the hole “Ballasting”, caused by buoyancy of the tube.

To ensure the integrity of the pipeline, obviate the problem of non-cohesive layer/pebbles and the collapse of the hole in the landslide area, a pit with a drive-internal diameter sinking of about 10 m, 1 m thick and 23m depth was created.The lower edge of the first slice, was reinforced with steel and angled at 45 degrees inward to facilitate sinking.

The purpose of the well was to intercept the pipe already exists, in the formation of stable ground, and bring it in elevation by connecting it to the new one; all working in security and preserving the integrity of the facilities used. 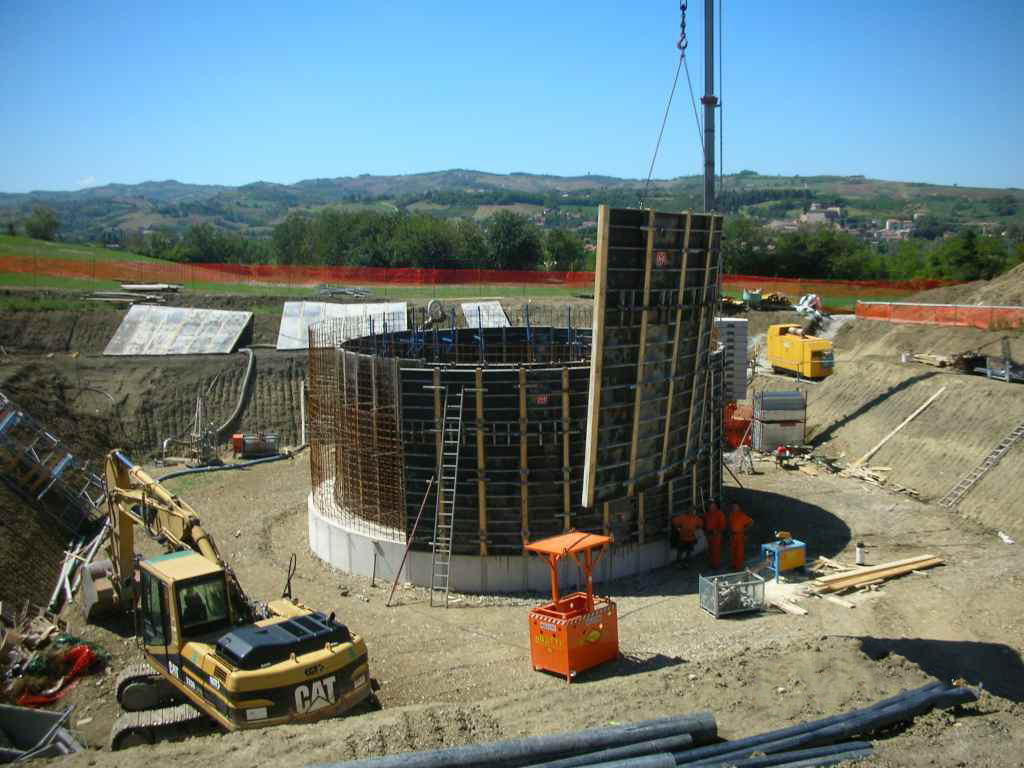